I have been trying to write this latest installment for a while but getting my head around another lockdown and the challenges this brings to family and work has made it a little tough. Coupling this with the recent weather has meant most rides have been in the shed and that does not bring too many funny anecdotes, but I have done approximately 45 hours training since the last update. Over Christmas I let myself switch off for a while as in previous years I have just kept working and working all throughout the year until the inevitable collapse or loss of interest.

Obviously, I did not start to put double cream on my Weetabix or anything too decadent, but I did let myself eat and drink what I wanted and just switch off mentally. I now realise that this is not going to be disastrous to the work I have already put in. By switching back on in January I can lose those few extra pounds I put on and just accept some of the goals may shift to the right a little, after all this is for fun not my job! ‘Switching off’ for a week will probably help in the long run.

Christmas also brought about a change in training focus from Cardio work and shifting to increasing power/FTP. Before this change in focus though I had a couple of tests to complete.

Being me, I let the FTP test bother me slightly as I could not understand how I could feel stronger on the bike but the evidence seemed to show overwise. This leads nicely into how Scott has helped me in a major way.

Being bothered and dressed for a rare venture outside!

As mentioned at the start I would previously let this eat away at me and start trying to smash myself every minute I was on the bike. Scott has made me realise that this is a process and by having set goals I can measure how I am going and train smart. He also pointed out that even though I have not been trying to increase power at this stage, both 60 and 90 min powers have significantly increased and for the first time ever I have the foundations to really build on. One of the problems I have faced previously is that I have had power but suffered in the middle of races when I have just dropped off and hopefully that is one issue I have addressed with the CV work.

I have finally got around to ordering more kit as promised, hopefully I will be modelling my new Nopinz tights for when the big freeze finishes in my next blog. You never know but I might actually ride with people again before I am 40 and make use of the new skinsuit I have ordered that will probably now have its first outing in the shed as we are locked down untill 2022!

The Cause and the Challenge

If anyone wishes to find out more information about the Yorshire Beast or help me support DimentiaUk and the MS Society please see the links below.

Stay safe, ride smart and help each other through the next few months!

The Beast in the Shed! 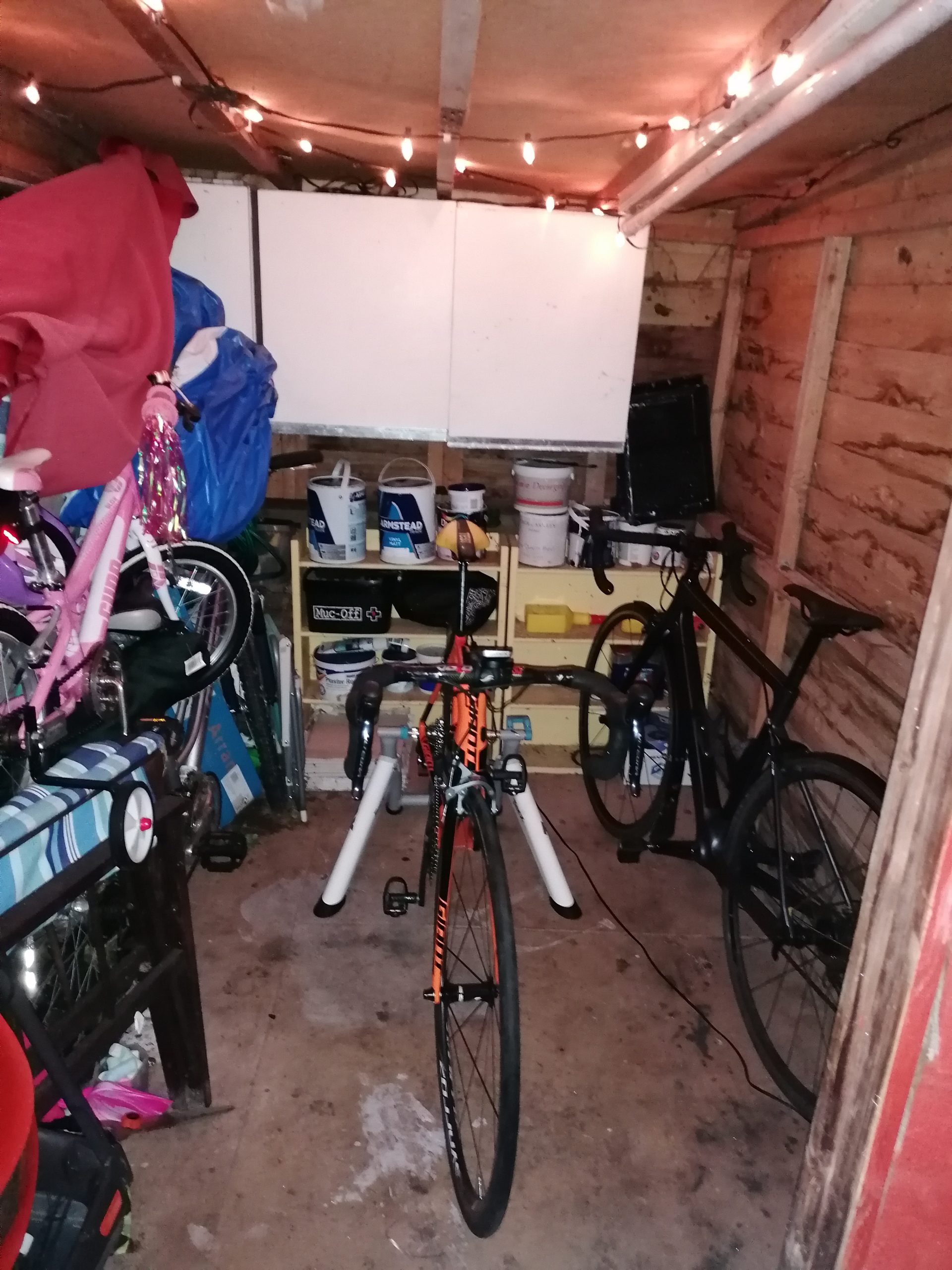 6 weeks and over 43 training hours after signing up for the Beast I though it was time for a little update. As we have been through another lockdown and the weather has been rather dank (A word that came to me as being very appropriate on a cold wet Sunday riding through Cheshire) riding with anyone or anywhere interesting has been out of the question, but this has allowed me to really concentrate on myself and the workouts planned by Scott. Below shows a typical ‘dank’ day and that even having mudguards does not save your feet!

Most of my midweek work has been done on the turbo but with Christmas in full effect in the Cuthill household I have been kicked out of the conservatory to make way for the ‘Grotto’ and moved into the shed. Apart from being slightly self-conscious about the grunts and groans emanating from the bottom of the garden to the neighbours ears I do quite like it and being freezing in there seems to have some advantages for temperature control. As the pictures show I reckon it worked out well.

Obviously, we have the Strava enthusiasts stating only outside miles count and all that rubbish, but the indoor work seems to be paying off for me. I am only a couple of pounds off my target weight and my zone 2 and 3 power levels seem to be going in the right direction compared to heart rate, Scott must know what he is doing! (Scott is a fountain of knowledge) One thing we are finding is that sprinting is not mine or my cheap turbo’s forte however as my 5-30 second power is not too great.

I still have not got around to ordering any new kit as I was looking forward too but the MS Society has sent me this this cycling jersey that will match my Orange bike perfectly when the weather picks up in the Spring. For now, my Christmas jersey is back out so look out for me on the roads (At the weekends)!

Keeping riding, training indoors but mainly stay safe and have a great Christmas!

If you would like to support me and donate for either Dementia UK or the MS Society please follow the link below as any donations will be shared between the 2 charities. 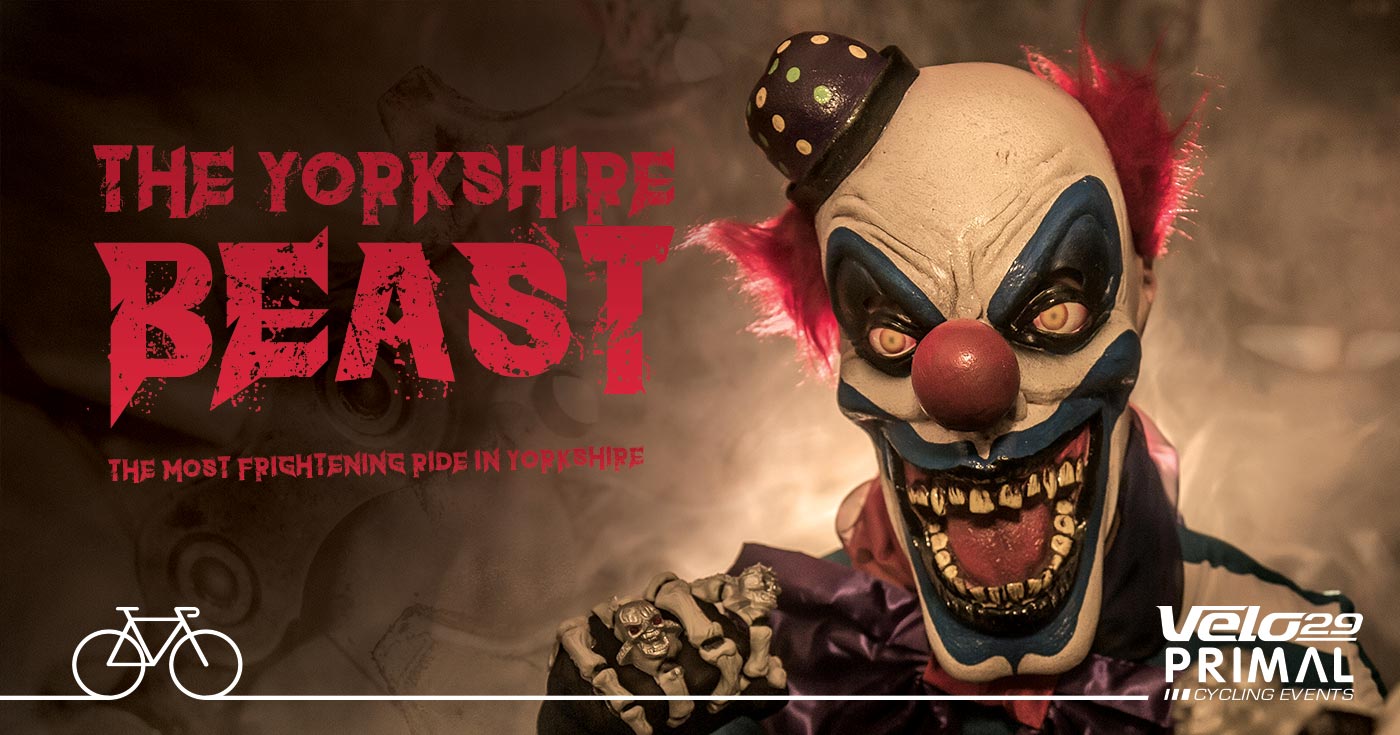 2021 is going to be a pretty big year for me as I turn 40 in April. I know you all thought my grey beard was premature, but I really am that old!

Having got myself fit and with my race specific goals shifted to 2021 I started thinking of a cycling related challenge to mark my 40th year and was drawn to the Yorkshire Beast (Again). I have looked at this previously but have been put off by people’s reactions to riding 200 miles in 1 day with 16,000 ft of climbing, over 100 times up West Kirby hill! No more being put off though, 2021 is the year and I am signed up for the 19th June. Please see link below for more info.

Obviously, this is going to take some planning and hard work to complete as you must complete the ride in 16 hours or be captured by the ‘BEAST’, a fancily painted van! To help me with this and my Cat 2 racing ‘dreams’ I have enlisted the services of Scott Maclean at Kinetic365 to plan my training and keep me focussed. Scott will also stop me from reading about training when I am not training so I do not completely neglect me family and grinding myself into an angry, fatigued mess like I turned myself into in 2019.

One advantage of making this crazy decision is that I will have to get (unfortunately not another bike but I will have to get my carbon frame fixed after finding a very untimely crack in it), some more quality gear from Blake Pond and team at Nopinz, look how happy it made me last time.

On a more sombre note I also want to use the ride to raise awareness (Possibly some money too!) for charities supporting MS & Dementia. My wife Rebekah and I have both had family members effected by these conditions and both are truly devastating.

My plan is to document my journey to the Beast as well as the day itself so hopefully it will not be too bumpy a ride and supply some good stories/pictures along the way.

Stay safe in these crazy times

In need of a bike service?