NWV Prepares for “No Deal Brexit” 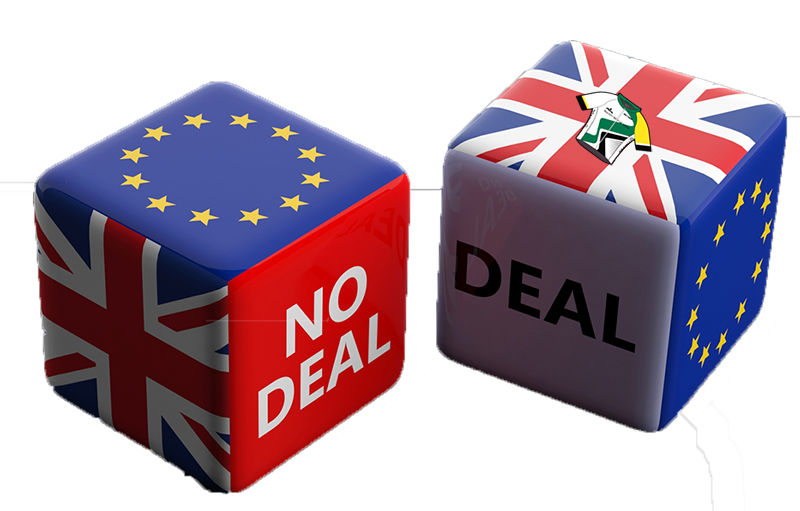 As the country is seemingly on course for a no deal Brexit, the Executive Board of the North Wirral Velo have been putting together plans to mitigate any negative impact it may have on it’s members.

With uncertainty as to the flow of imports into the UK, the NWV has been stock piling useless essentials ahead of any potential supply chain interruptions. Items that the club has been panic buying include Spokey Dokeys, handlebar plug tassels, inner tube dust caps and those annoying lock rings that newbies still put on the inner tube instead of throwing them away. There is also a large stock of playing cards and pegs (in case anyone wants to sound like a motorbike).

Of course the ramifications of a no deal Brexit have potentially much graver and far reaching affects on the economy. Major employers may move their operations into the Eurozone, in sections such as finance and manufacturing, causing job losses. Big concerns as to the flow of imports for items as basic as food and medicines have been one of the main talking points of the whole Brexit debacle

In an attempt to try to combat any issues “down the road” the NWV have started bulk buying medical items such as cold and flu remedies, in case anyone get the sniffles, blister plasters for those new heels and hang over cures for after the Tuesday night social ride.

The NWV have also entered into negotiations with various markets outside of Europe to source suppliers of waffles, bacon and syrup in an attempt to keep their favourite cafe, Cleopatra’s in Holt, well stocked for each Sunday ride visit. A spokesman for the club said:

“Cleopatra’s haven’t actually asked for any help, but as a major part of the clubs business is trading in waffles and bacon, we felt duty bound to try and help maintain the high standard of service we receive from the bistro in Holt. We just hope that no other clubs get wind of the stock we have and decide to get in before us and scran it all.”

There have been rumours about border control checks on the Welsh-English border as the Welsh have (the same as a lot of English people) changed their minds about Brexit after the 52% leave vote of the referendum. The issue of a hard border with Wales or “Cafe-Stop” as Brussels have labeled it will affect many cyclists on the Wirral and in Cheshire as they ride in search of a few climbs before going for waffles and bacon.

The NWV Executive Board have been in negotiations with the owners of Cleopatra’s who’s premises are technically in Wales. The Board have proposed an audacious plan to dig a tunnel from the Farndon side of the Dee, under the riverbed, a church, quite a few houses and come up into the back yard of the cafe itself.

Head of projects for the club, Dave Cuthill, has estimated the cost at around £8.3 million and stated, “we may need to put the subs up a bit to cover the cost”.

As we head towards October 31st, nobody knows with absolute certainty what the state of the nation will be after that.

NWV Executive Board
and OB1

In need of a bike service?